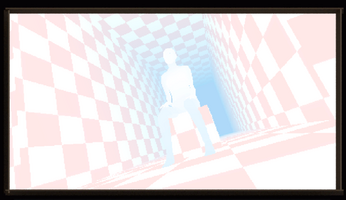 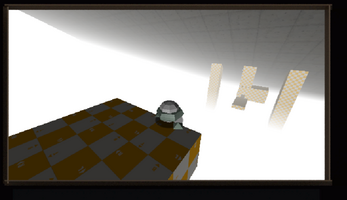 Did a lot this week, though not as much as I had hoped (as usual, but that's okay.)

I finished a 2nd revision of the dialogue's first draft. I started this over the weekend, and thought I would finish on Monday, but it actually took through Tuesday. It's a really hard task! But it helps if you really have the personalities of your characters in mind. I couldn't imagine doing this if I didn't already have the game world designed and planned.

I had waited a few weeks to do this, so as to distance myself from the initial draft. The first draft had its moments where dialogue was hastily typed out (because, with first drafts sometimes you've just gotta write garbage to push to the end!). Here are changes that happened in this revision. I'll probably go through again at some point to 'tighten it up', but I'm pretty satisfied.

Though this game is taking longer than expected (ha ha ha) one of the tricks I'm using to speed things up are my approach to cutscenes.  For one, in most cutscenes, no characters have animations or move during dialogues. Also, I'm focusing more on letting the environments and textures do the 'atmosphere', rather than make moving characters that emote, etc. This means I can use a few camera angles in the dialogue if needed (focus on particular characters, etc.)

As you can see, there's a human figure in one of the pictures. I'm using MakeHuman and then posing/texturing in blender with gradients. This lets me make expressive static poses for short dialogues. I noticed that humans look really odd against unrealisticly proportioned environments, and this is not an effect I want, so I am using a trick from SMT Nocturne, where NPCs appear as glowing orbs, then their silhouettes fade in when talking to them.

I think it's little things like this that can help contribute to the memorability and uniqueness of a game. This process is a little excessive even for me, but I think it's worth the effort to have NPCs appear and their poses express their function in the game.

I'll also be hiring a friend for portraits of the main characters, possibly full-body, for extra expression via fashion/posing/expression. The models in game will remain basic ragdolls + gradients, though.

I started another song this week. Most of the songs in this game are on the ambient side... so a lot of time is spent on finding precisely the right sounds. Though I'm hoping to fit in some melody-driven songs here and there.

The second picture is an in-progress area. I can't say much, but I am going for a method of 'minimal expression' - that is, an area + camera angles that photograph well, focus on being feasible within the game world, but not filled with too much extra texture or modeling detail. Like, that area will be filled in with more level geometry, but there will not be a lot (or any?) far-off structures, etc. This is also a trick I'm using to save time in development.

There's another area I won't show, but I had prototype versions of them and worked on finalizing their geometry and texturing. I've been using a terrain tool, and reducing the terrain detail/heightmap resolution, as well as increasing the pixel error, so that the geometry of the hills are a little more blocky. The default setting of the terrain tool creates like, 2-4 MB terrain, and you end up with reallly smooth and awkward terrain. Changing those settings  also reduces terrain sizes to ~ <100kb.

Anyways, it's nice to have some final-feeling areas connected up.

I've intentionally put this off for a while until I was fairly confident how it would slot into the game, but now that I'm further along, I worked on the saving/loading code.

All the game does is save a string of event flags, player position, current scene, and in a separate file, some configuration settings.  I like avoiding things like having parts of a world be serialized or saved, because that can be needlessly complex. I'll probably work on a save menu later this weekend - nothing complex.