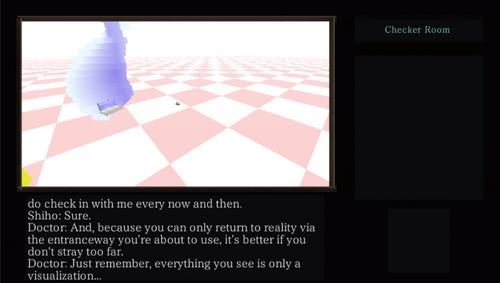 Welcome to the silent announcement of AOA

The game page has a description of the premise, I want to talk about the UI, the art style, and motivation for the game, and some other things.

The UI is from wanting to experiment with a 'clean game view' as well as making the game seem like a story is being told or interacted with through a window. The UI has 5 sections. The game area (top left), dialogue (bottom left), interaction notification box (bottom right), area name (top right), and miscellaneous box (right).  I don't anticipate their being any playability problems with the game area only being about 60% of the screen, as it remains quite readable.

The miscellaneous box will contain things like the occasional character portrait during dialogue (I will be hiring a friend for this), or other little things.