Stay up to date with Analgesic Productions on Twitter or through our newsletter!

After the previous devlog, we continued work on the demo. We set up the animations for Nova's character, as previously she only had a idle animation. I also took the time to fix some controls issues.

One of the biggest progresses was we created the intro area and finished the art and layout for it, minus a few cutscene things. I showed it on Twitter, it's called The Albumenium. If you'd like to see an animated version, go here. In the process of creating this, we learned some things about 3D level design as well as the art process for 3D areas. The area plays an important role in the beginning of the story but we'll leave exactly how for the main game! 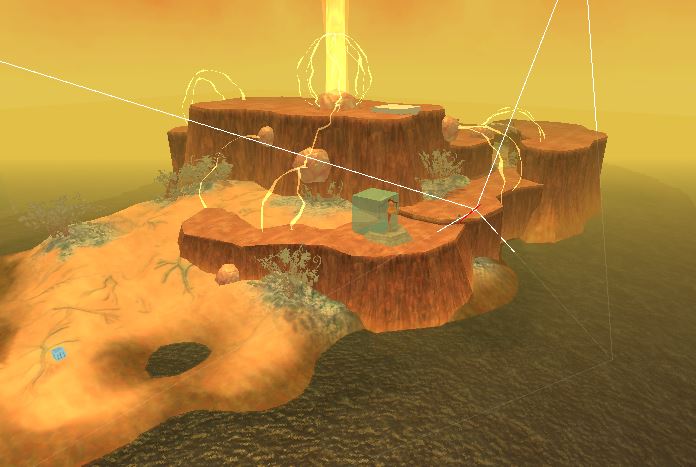 On the 2D side, I created a few new enemy types for the various Nanoscale areas. As well as some infrastructure simplifications and additions (such as obtaining some key items, and a system for how the game manages a certain resource. Boring, important stuff!)

I also have worked on a bunch more songs for the beginning areas of the game!

We also made some large simplifications to the content scale of the game. We had planned for this character to appear in the game, but its relation to Nova was a little too complex for Anodyne 2, so Marina came up with a way to simplify it out of the game. As a result, the game has less levels and cutscenes and content to create, meaning it's more likely we'll ship the game on time! The game narrative should also be clearer and the gameplay flow smoother as a result. We'll likely explain exactly what it was we did when the game is out, but the general idea was:

The past few days I've been busy with dealing with some stuff for Anodyne on consoles! I cannot speak details, but expect exciting news soon.

Get Anodyne 2: Return to Dust

In this hybrid 2D+3D adventure, explore an island, shrink into and cure the sick!